In modern times, e-books and audio books are prevalent, and the role of libraries as spaces seems to be reduced. However, libraries based on humanism, which values humanity over all else, still play an important role. Pharos would like to introduce the Saemaul Library in Yeonmu-dong, a small library with a “human face” near the Suwon campus of this school.

The Saemaeul Library in Yeonmu-dong is a small library run by the Saemaeul Association in Suwon, which belongs to the Saemaeul Association in Gyeonggi-do. It has been in operation since 1994, and in 2018, the Yeonmu-dong Cultural Center was newly built and the library was relocated to this new space. Like the cultural center, it operates from 9:00 to 18:00 on weekdays. The main user base is Yeonmu-dong residents of various ages, and it is a space that anyone can use with ease. As can be seen from the name of the library, it is classified as a small library and has a small scale to match it. However, it is a small but fruitful library with a group table for discussion, and also a space for making and selling simple drinks. However, volunteers are running the library without professional personnel such as professional librarians or office workers. Pharos was able to learn about it in depth through an interview with Na Myung-im, the chairman of Saemaeul Library in Yeonmu-dong.

Q. What made you decide to work here and how long have you been here?

A. I started working in 2009 and have been working for 14 years. When my children were in kindergarten, I had them read books together at a library, and that place we visited back then was a small library in Yeonmu-dong. At that time, the chairman saw my family who frequently visited the library and asked me if I wanted to volunteer, and since then, I have been volunteering at the library with my children. I stayed with my children until they became middle school students, and I didn’t plan to take the chairmanship because I was busy with work, but I decided to serve a second term because there were no other applicants.

Q. How is Saemaeul Library in Yeonmu-dong operated and managed?

A. All of the books are managed by using a data management system called ‘K·LAS.’ Although we don’t have any professional employees, there is no problem with classification or cataloging as the scale of our library is small. Smaller libraries than ours arrange books in alphabetical order according to the book title. Operating expenses and book purchase expenses are supported by subsidies from the Jangan-gu office. Based on that, we are working on various programs. There are programs related to books like book curating programs or story-telling programs for children. And we operate some cultural experience programs such as cloth craft programs or baking programs as well. As I said before, there are no professional librarians. We are looking for volunteers who can help us. Many volunteers quit because of COVID-19 and because it isn’t easy to work without pay. We should be very grateful if Kyonggi University’s students could visit us and help us with care.

Q. When has been the most memorable moment working here?

A. It is very rewarding when I can help senior citizens who live alone. In particular, I remember an elderly gentleman who was a regular visitor. He always read fairy tale books and took a nap. I guess he enjoyed reading when he was young. He read children’s books because most books for adults are in small print. It was quite impressive to me for some reason. I sometimes served him a cup of coffee or tea, telling him to make himself at home. I miss him as he stopped visiting us all of a sudden since the pandemic started. There were a lot of seniors who visited us saying they don’t want to go to the senior citizen’s center and large public libraries that are uncomfortable. I told them “Our library is operated by the taxes paid by you, so please come and use it like an air conditioner shelter in the summer.” We care not only for the elderly but also for children. We did some children’s care programs a few years ago. I want our library to be a safe and cozy place, open to every citizen.

The Saemaeul Library in Yeonmu-dong is like a connection between people beyond just reading and studying. As such, small libraries are contributing to strengthening the bonds of local communities that are loosening in modern society and creating a warmer world. However, because small libraries are small in size and difficult to promote, they are often not well known to people, making it difficult to maintain their operations. Why don’t you visit a small library with an interest in human affection or even do volunteer work? The coming winter will feel warmer. 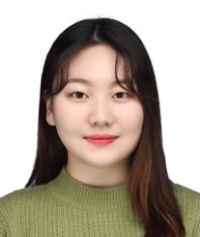