Recently, attempts to protect the environment to cope with environmental destruction and pollution have been gradually expanding. Many efforts are being made everywhere to prevent problems caused by environmental pollution such as abnormal weather and global warming. Among those efforts, “Plogging” is an exercise that can easily be done in nearby places such as Gwanggyo Mountain, which is located behind Kyonggi University.

These days, various campaigns are underway to protect the environment. To reduce the use of disposable cups, some people are switching to tumblers. Some cafes are offering incentives such as extra points when purchasing drinks using tumblers or giving a small discount on the price of drinks. When producing beverages, companies, not individuals, are now paying a lot of attention to the environment, such as selling bottles without plastic labels so that they are easier for consumers to recycle. In addition to these efforts, we now have plogging activities that we can easily do in our daily lives.

The Swedish word “plocka up” and “jogga” were synthesized into the word “plogga.” Plogging is a movement that first started in Sweden in 2016 and quickly spread around Northern Europe. It is an activity where people pick up trash while walking or jogging in the mountains or on the street. Plogging began to draw attention around the world as concerns about environmental pollution caused by plastic waste grew. In order to support plogging, local governments, institutions, and companies are conducting plogging campaigns and events in various areas. Plogging is gradually becoming popular due to the “Plogging Challenge,” in which participants who are plogging post proof shots taken with garbage bags on social media. Many celebrities, including Shinsegae Vice Chairman Jeong Yong-jin, actors Shin Min-ah, Kim Hye-soo, Lee Si-young, and the singer Sean, also joined the plogging campaign to publicize the importance of environmental protection. Plogging is an exercise in which you pick up trash that you see while hiking, jogging, or taking a walk to your destination with a bag and gloves to hold garbage without any other preparation, so anyone can participate easily. Being able to protect the environment while exercising is one of the great appeals of plogging. Plogging can be a more effective exercise than regular hiking because you repeatedly sit and get up to pick up trash. Also, the biggest advantage is that it is not restricted by location. It can be done anywhere in nature including streets and trails, not just the mountains.

We can even participate in plogging near Kyonggi University at Gwanggyo Mountain, which is near the main gate of the school. The course we tried out is a 3.5 km trail that ends with Hyeongjebong at Kyonggi University. The trail consists of: Cho Gwang-jo’s tomb -> Maebong Mineral Spring -> Beodeulchi gogae -> Millennium Mineral Spring -> Hyeongjebong. This course, with an average slope of 17 degrees, has information signs everywhere. The roads are not rough and the slopes are relatively gentle. Since the mountain path is generally well maintained, it was easy to hike and not dangerous for picking up trash. Also, the hiking course was short, so it was not too physically challenging. Gwanggyo Mountain is located near the school, so anyone can go plogging without too much difficulty. 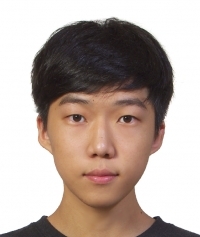